The production and disposal of plastic currently outpaces global recycling and sequestration capacity and has resulted in millions of metric tons of plastic pollution. Despite recent technological advancements, only a small subset of plastics can be recycled into new consumer products at scale. 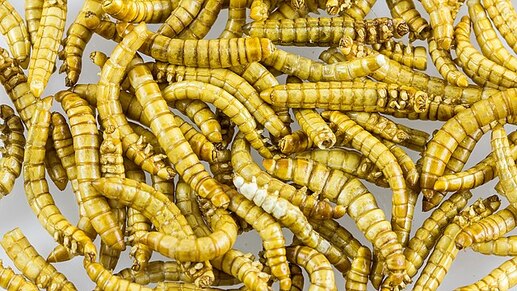 Many species of darkling beetles (Tenebrionidae) ingest and biodegrade multiple forms of plastic, aided by their microbiota. Darkling beetles have been proposed as a remediation strategy for environmental plastic pollution, but there are difficulties with instituting this solution at. Darkling beetles can only subsist on plastic short-term and require other nutrient supplementation to complete their life cycle, which produces four tons of carbon dioxide for every ton of plastic biodegraded. 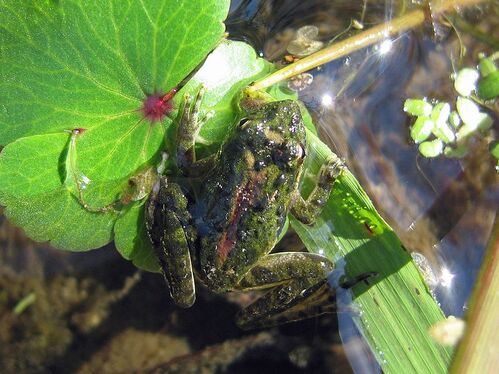 Blanchard's cricket frog (Acris blanchardi) may be semelparous, overwintering once following metamorphosis, and dying after breeding the following spring. However, they can live up to three years in captivity. Predation and disease are not enough to explain this disparity if life history.

My lab, in partnership with Siegel Lab at Southeast Missouri State University, is investigating the age structure of cricket frogs across a broad latitudinal gradient to determine if longer growing seasons and shorter winters in lower latitudes select for longer-lived frogs that can survive to multiple breeding events. 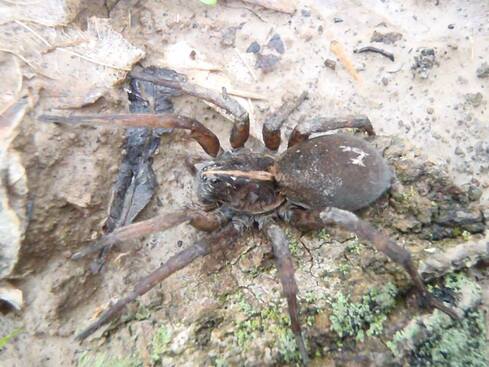 Many semelparous animals exhibit terminal investment. They allocate most of their remaining energy and resources to reproduction because they not have to invest in any traits that would improve survival. However, some semelparous animals, like the wolf spider (Tigrosa georgicola) have parental care. Wolf spiders guard their egg sacs and spiderlings for 6 – 8 weeks before they die. This care improves the survival of the offspring but may constrain the maximum reproductive effort of the mothers.

The microbiota that inhabits the vertebrate gut is crucial to multiple aspects of their physiology and phenotype. This includes growth, development, and immune function 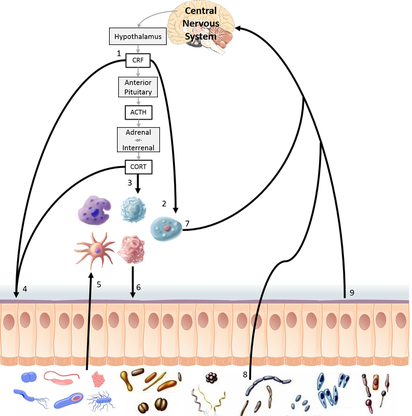 My  work with Dr. Robin Warne investigated how gut microbiota affected growth, development, metabolism, and immune function in amphibian larvae. In my postdoctoral work with Dr. Kat Milligan-Myhre, I continued this line of investigation with threespine stickleback (Gasterosteus aculeatus). Stickleback are an ideal organism to study how gut microbiota affect host health because multiple populations have recently evolved from the same common ancestor in distinct environments. They exhibit genetic variation that can affect interactions between gut microbes and the host.

Stress and disease can alter physiology and life history trade-offs during critical windows of development. My work in this area has focused on trade-offs between growth, development, and immune function in amphibian larvae. 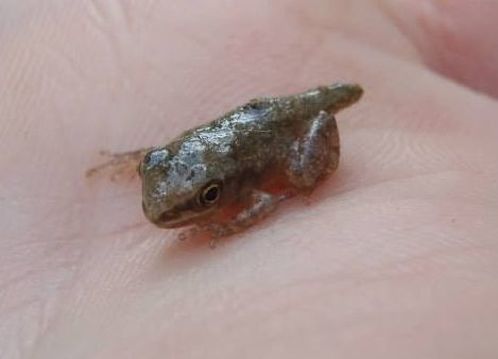 For young and developing animals, such as larval amphibians, neuroendocrine stress can speed development. This allows them to escape suboptimal aquatic habitats, but can permanently alter other aspects of their phenotype, compromising fitness by reducing survival and fecundity. This outcome is primarily driven by a trade-off between developmental rate and somatic growth and has implications for immune function and nutrient homeostasis.